HCV: Making it Rare in the US Will Cost $106 Billion, Study Finds 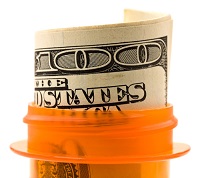 Direct-acting antivirals for hepatitis C infection have been hailed as a medical miracle. One unanswered question in putting them to use in the US is that of how many patients are out there. Another is what treating them will cost.

Reporting at the Liver Meeting (AASLD) in San Francisco, CA, Jagpreet Chhatwal, PhD, of MD Andersen Cancer Center in Houston, TX, and colleagues presented estimates on the burden of HCV and the price of treatment.

The researchers have calculated that 2 million noninstitutionalized people in the US have HCV but about 45% are unaware they are infected. Because of the availability of the new effective drugs, the number of infected people will drop below 1 million by 2020, but even so there will be a substantial HCV disease and death burden.  At the current treatment rates, 202,000 people will likely develop decompensated cirrhosis and 156,000  will progress to hepatocellular carcinoma by 2050. Doubling the annual treatment capacity could avoid 8,000 deaths, 700 transplants, 7,000 DC and 4,000 HCC cases by 2050, they concluded.

It will cost $106 billion to make HCV a rare disease within 25 years, the team estimated. The annual US cost of HCV treatment before DAAs was $7 billion and since then it has grown to $21 billion but that cost should drop when generics arrive, to $14 million annually by 2030.

They based their calculations on their previously published Hepatitis C Disease Burden Simulation model (HEP-SIM), which projected the changing prevalence of HCV in the United States. The HEP-SIM model was validated with NHANES studies and other published data.

They simulated the current clinical management of HCV from 2001 onwards, which included risk-based screening until 2013 and addition of birth-cohort screening afterwards. They then modeled antiviral treatment in different waves starting with peginterferon-ribavirin (PEG-RBV) until 201 1, followed by the launch of boceprevir/telaprevir in 2012, sofosbuvir/simeprevir in 201 4, and finally oral DAAs in 2015. As part of their cost calculation, the researchers also implemented changes in insurance status because of the Affordable Care Act.

They projected the number of patients needing treatment in 2015 and beyond under varying treatment capacity/penetration scenarios. The team then projected patients' fibrosis score, HCV awareness status, and access to insurance.

Their results included a finding that it will take at least ten years to treat the majority of the US patients. By 2025, the number of treatment candidates should decline to fewer than 50,000 patients.

“Though the majority of patients aware of their HCV will be treated in the next 10 years, the HCV burden would still remain substantial unless aggressive screening and treatment policies are implemented,” they warned. “Increasing HCV treatment capacity is essential to decrease disease burden and improve health outcomes of HCV patients in the US, and decrease health resource utilization,” they wrote.