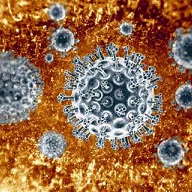 Despite the success of direct antivirals in curing hepatitis C, there are concerns about resistance to the drugs.

Reporting at the Liver Meeting (AASLD) in San Francisco, CA, Mark Holodniy, MD, and colleagues at the VA Palo Alto Health Care System and colleagues looked for drug-resistant mutations (DRM) in patients treated for HCV in the Department of Veterans Affairs.

HCV RNA was extracted from the plasma then amplified for certain genes.

In all 224 unique patient samples were received from 26 VA medical centers of which 220 yielded usable results. Genotypes tested were GT1a ,GT1b, GT3a, GT2b, GT4a, and GT2a. Of these, 14 patients had DRMs in 2 or more genes.

Full VA treatment histories for the patients were not complete but it was known for 176 patients and of those 25 had received only interferon and ribavirin.

The researchers concluded that antiviral resistance can be an obstacle to successful treatment. “In VA specimens test for HCV DRMs, numerous patients were found to have preexisting or post treatment HCV DRMs after regimen failure,” they wrote in an abstract presented at the meeting.