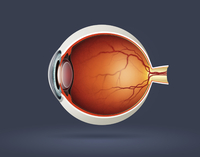 A new study examining the impact of guideline changes in Europe is suggesting use of topical antibiotics following cataract surgery is unnecessary.

Presented by Alexander Silvester, MBCHB, medical director of SpaMedica, at the American Academy of Ophthalmology (AAO) 2019 Annual Meeting in San Francisco, results of the 36,000-patient analysis revealed the use of topical antibiotics had no impact on the development of endophthalmitis.

In an effort to further study the impact of topical antibiotic use following cataract surgery, investigators conducted a retrospective analysis of the Medisoft database. For the purpose of the analysis, investigators examined a cohort of patients who had underwent a cataract at 10 hospitals in the United Kingdom.

Primary outcome of the analysis was the incidence rate of endophthalmitis. Secondary outcome measures included the incidence of post-operative anterior uveitis, cystoid macular edema, corneal edema, and visual harm, which investigators defined as a loss of 3 or more lines of vision.

“(Topical antibiotics) are not necessary, however, there are some caveats to that. We’re talking about routine cataract surgery so no complications… but we’re also talking using intracameral antibiotics,” Silvester said.

Silvester noted the analyses was slightly underpowered(90%) and the power analysis would need a sample of at least 35,000. Additional analyses, examining a cohort of 36,661 operations in which patients who did not receive topical antibiotics revealed no cases of endophthalmitis among that group.