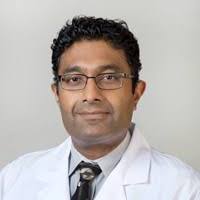 Data on the effectiveness of the artificial intelligence screening system EyeArt was presented at the American Academy of Ophthalmology (AAO) 2019 Annual Meeting in San Francisco.

Results of the study examining EyeArt revealed the system had the ability to accurately predict diabetic retinopathy 95.5% of the time, without the input of an ophthalmologist, and in less than a minute.

With the diabetes epidemic continuing to plague patient populations in the US and across the globe—and 1 in 4 diabetics developing diabetic retinopathy—investigators sought to evaluate the effectiveness of the artificial intelligence screening system in a group of 893 patients. Led by Srinivas Sadda, MD, of the Doheny Eye Institute at UCLA, investigators conducted the study at 15 different centers across the US.

For inclusion in the study, patients needed to have a diagnosis pf diabetes mellitus, be at least 18 years of age, and provide written informed consent. Exclusion criteria included history of macular edema or retinal vascular occlusion, history of ocular injections, and persistent visual impairment in one or both eyes, among others.

Based on the observed results from the trial, investigators suggest the results of the study support the use of the EyeArt system as it compared favorably with ETDRS reference standards and met the study’s predetermined sensitivity and specificity endpoints.

“Diabetic patients already outnumber practicing ophthalmologists in the United States, and unfortunately, that imbalance is only expected to grow,” Sadda said. “Accurate, real-time diagnosis holds great promise for the millions of patients with diabetes.”

This study, “AI Eye Screening for Diabetic Retinopathy: Results From a Pivotal Multicenter Clinical Trial,” was presented at AAO 2019 by Srinivas Sadda, MD.

You May Also be Interested in
Most Popular
Experts Advise on Asthma Care, Management during COVID-19
Benzodiazepine Use Increases Risk of Ectopic Pregnancy
Past Outbreaks Shed Light on COVID-19 Psychiatric Risks
US Medical Groups Share Front Against Racism, Healthcare Disparity
Nitrous Oxide Useful, Safe Option for Relieving Pain During Childbirth