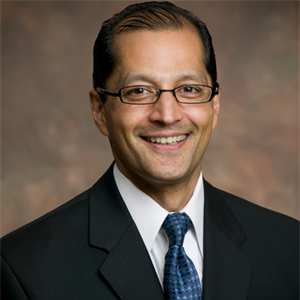 Treatment with subretinal transplantation of allogeneic human retinal progenitor cells (hRPC) showed promising early signs of efficacy as a treatment for individuals with retinitis pigmentosa, according to findings from a phase 1/2a study presented at the 2019 American Academy of Ophthalmology (AAO) Annual Meeting.

In the open-label study, the hRPC treatment led to a gain of 18.5 ETDRS letters from baseline to 180 days post treatment. In untreated eyes, there was a 7.8 gain in letters read, demonstrating a 10.7 letter difference between the two eyes.

"There appears to be an acceptable safety profile. There were biological efficacy signals that were very rapid and profound in some patients and slower in others," said lead investigator Pravin U. Dugel, MD, from Retinal Consultants of Arizona. "This is potentially a promising new therapy for patients with retinitis pigmentosa."

Early studies looking at allogeneic transplantation with RPCs in pigs showed promising signs of integration and paracrine effects, leading to further studies in humans, noted Dugel. For the study presented at the AAO meeting, cells for the RPC therapy, which is manufactured by ReNeuron, were extracted from fetal retina and have the potential to differentiate into retinal cells. The cells are cryopreserved, with a 9-month shelf life, and no immunosuppression is required prior to administration.

"The potential benefits of subretinal hRPC include direct delivery into subretinal space, on demand shipment to site of care, and, perhaps most importantly, treatment agnostic to genetic subtype of disease," said Dugel.

In the phase 1 portion of the study, 12 patients were enrolled to determine the safety of the therapy. At baseline, 11 patients read 0 ETDRS letters and only 1 read 1 letter. The visual acuity was 20/800. Doses in this portion ranged from 250,000 fresh cells to 1 million cryopreserved cells, the latter dose was continued in the phase 2a portion of the study that enrolled an additional 10 patients. Patients in the phase 2a group saw 9 to 56 ETDRS letters and had a visual acuity of 20/640 to 20/80.

The safety analysis looked at all 22 participants across both stages of the study. In general, the dose escalation in phase I was generally well-tolerated, Dugel said. "There was no evidence of inflammation or proliferative vitreoretinopathy," he added.

There were 2 ocular serious adverse events reported in the study, both were deemed unrelated to study drug. One patient had progression of a pre-existing epiretinal membrane, and another had persistent sub retinal fluid/patent retinotomy, which led to vision loss. One additional patient experienced a retinal pigment epithelium tear leading to vision loss.

When factoring out the 2 patients with vision loss, the gain in ETDRS letters at 180 days was much more dramatic between eyes. In the treated eyes, there was a 28.7 letter increase compared with a 9.0 letter increase in the untreated eyes, for a 19.7 letters difference between groups.

Commenting on the findings, Dugel noted that the patient numbers were small for the analysis and advised that more data were needed. "These study results will provide a better understanding of optimal patient selection and surgical procedure standardization for future study design," he said.

Additional analyses from the phase 1/2a study are planned, with longer follow up. Additionally, ReNeuron has announced that it plans to consult with regulatory agencies in the United States and Europe to design a larger pivotal study to assess the human RPCs for retinitis pigmentosa. Pravin U. Dugel, MD. Subretinal Human Retinal Progenitor Cells in Retinitis Pigmentosa: A Phase I/IIa Study. Presented at: 2019 AAO Annual Meeting, San Francisco, CA, October 12-15, 2019.