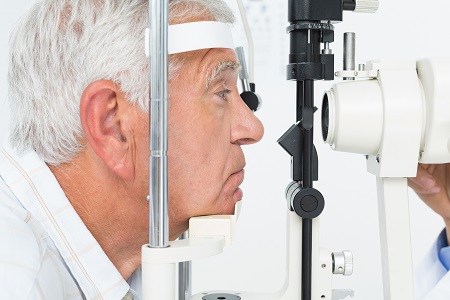 In a digitized society where potential patients can form a first impression of a physician prior to stepping foot in the office, it is important to have a favorable web presence.

Websites that allow patients to post reviews of their physicians are growing, but little is known about how the ratings match up with the care received during a patient visit.

In a new analysis conducted by investigators from the University of Texas Health Science Center at San Antonio and Texas Tech University Health Sciences Center at Lubbock, the team set out to evaluate how ophthalmologists are rated in online reviews and what characteristics of the patient experience contribute to higher ratings.

According to the investigators, 28-85% of physicians have an online profile on patient review websites and 90% of those have at least 1 rating. In this particular study, the investigators collected reviews about ophthalmologists from the top 20 metropolitan statistical areas in the United States from HealthGrades, which occupies 40% of the market, and Vitals, which occupies 20% of the market.

In total, 84,228 online reviews of 7,372 ophthalmologist profiles were analyzed to determine the specific aspects that correlated with overall rating (p<.01). No significant difference was observed between HealthGrades and Vitals with an average score of 4.16 (p<.05).

According to the study, higher ratings were found on profiles of ophthalmologists who included a picture, biography, and academic affiliation. Additionally, shorter wait times and no history of malpractice contributed to higher ratings.

There were no meaningful differences observed based on gender, ethnic composition of last name (according to 2010 census), whether the doctor was an MD or a DO, the current ranking of their medical school, or whether training was completed outside of the United States.

Lower ratings were most associated with physicians with a history of malpractice suits as well as longer wait times.

“If you have a longer wait time, on average you do worse with your rating,” Eric Smith, BA, MS, medical student and an investigator on the study told MD Magazine®. “What we found that was very interesting is that doctors care a lot about where they go to school and where they go to residency but there’s no difference [in the ratings] based on that.”

“As the online presence shapes medicine and becomes more of a player, doctors need to be aware of what’s going on and make it so that they cater what they are doing towards their patients,” Smith told MD Magazine® summarizing the findings of the study.

The analysis indicates that providing information in the form of a biography can lead to overall higher ratings and that patients may focus more on a physician’s current ability rather than previous accomplishments during schooling.

This analysis was presented in a poster presentation titled “What Do You Patients Think of You: An analysis of 84,228 Online Physician Reviews” at the American Academy of Ophthalmology Annual Meeting 2018 in Chicago, Illinois.
Disclosures: None