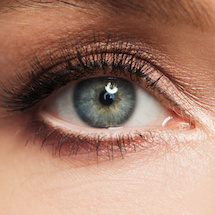 A new phase 3 clinicial study suggests that location matters when injecting corticosteroids into the eye to treat uveitic macular edema.

Uveitic macular edema, the fifth leading cause of blindness in the US, often does not respond to oral corticosteroids prescribed to minimize inflammation. In these cases, patients often require corticosteroid injections in or near the eye. There are 3 main options for injections to treat the uveitic macular edema which have not previously been compared head-to-head for efficacy.

The study’s chair, Douglas A. Jabs, MD, MBA, director of the Eye and Vision Research Institute at the New York Eye and Ear Infirmary of Mount Sinai, and professor of ophthalmology and medicine at the Icahn School of Medicine at Mount Sinai; told MD Magazine® that the study was designed because there was “previously no comparative data,” between periocular triamcinolone, intravitreal triamcinolone, and dexamethasone intravitreal implant.

“Different approaches and drugs [are] used, but without data as to which is best,” Jabs explained.

The trial, which began in 2015, included 192 patients throughout the US, Canada, Australia, and the United Kingdom. The patients were randomly assigned to receive 1 of the 3 treatments. The researchers followed up with the patients at 8 weeks after treatment, then again at 6 months after treatment.

There was a slightly elevated risk of intraocular pressure above or equal to 24 mm Hg in the patients treated with Intravitreal triamcinolone and Dexamethasone intravitreal implant as compared to those treated with the periocular triamcinolone. There was no difference in risk between the two intravitreal treatments. Jabs said, however, that there was “no significant difference in the rate of rise of IOP to >30 mm Hg.”

"The results of this study suggest that we should be shifting away from periocular injections and towards intravitreal injections of corticosteroids for uveitic macular edema, which should improve the management of patients with uveitis," Jabs explained in a statement.