Tad Seifert, MD: CTE, Sports Neurology, and the Future of the NFL 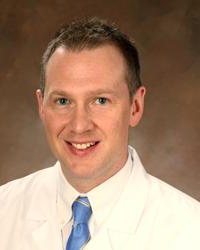 Tad Seifert, MD
This Thursday night, former University of California Los Angeles (UCLA) star quarterback Josh Rosen will likely be drafted in the first round of the annual National Football League draft, and be in place to earn a multi-million dollar salary while competing in one of the most violent sports in the world.

Fittingly, Bennet Omalu, MBBS, MPH, MB, the first researcher to confirm dementia pugilistica/ chronic traumatic encephalopathy (CTE) in a deceased American football player, will be speaking down the road from Rosen’s former campus at the 70th annual meeting of the American Academy of Neurology (AAN) in Los Angeles on Wednesday afternoon. Omalu has been a leading figure in uncovering associations between contact sports and chronic brain damage for over a decade, and the accomplishments of himself and colleagues have changed the conversation of sports safety surrounding those like Rosen.

One member of that change, Tad Seifert, MD, has also come to AAN to discuss the future of sports neurology. The director of the Sports Neurology Program at Norton Healthcare and head of the National Collegiate Athletic Association (NCAA) Headache Task Force has seen the rapid growth of his field, both in personnel and in resources.

Whatever may come next in the rapid progress of sports neurology will likely be managed by directives set at global meetings such as AAN. Seifert sat down with MD Magazine to share his own personal journey into the exciting field, and what he anticipates will come next from it.

Kevin Kunzmann, MD Magazine: What are you doing at AAN this week?

Tad Seifert, MD: I have a couple of different presentations, and I also love this meeting. It’s the biggest meeting in America each year for neurologsits. There’s always a wealth of new data or research, and new ways to shift your practice paradigm to where you’re providing your best care for your patients.

KK: What is the current state of sports neurology right now?

TS: I think the current state is one of great promise. In fact, I was just in a session yesterday with Bob Stern from Boston University, talking about how just over these last 4-5 years we’ve just evolved from the infancy of our understanding on certain things like CTE. I’ve been coming to this meeting since 2010, and I can remember the amount of sports neurology that was covered in any sort of formal fashion at that point was close to non-existant. And now we have multiple sessions, many more people interested in the field, or up-and-coming physicians still in their residency that are interested in the field. The long-term big picture I think is one of great promise.

KK: So that has positively affected the field itself? You’re seeing a greater influx of medical students coming into this field?

TS: Absolutely. In fact, in just the last 2-3 years there’s been a marked difference in the folks that will come up to me after I speak that are still in training, still in medical school, still fellows, that want to know how I got to where I am today — what extra training they can do, what kind of special backgrounds outside of sports neurology can be helpful. There are many different pathways to sports neurology. I got to this place from headache medicine. I trained in Houston, Texas, under Ninan Mathew, who just happened to take care of a lot of the collegiate and professional sports teams in Texas, and that’s really where I got nearly the entirety of my concussion training. It wasn’t during residency, it was during my fellowship.

KK: Is that how the field plays out? Is it more on-site training than it is classroom-based training?

KK: You mentioned Ann McKee, MD, and Bennett Omalu speaking here. How important are these breakthrough research leaders to the field itself?

TS: Oh gosh, I think it’s huge. To be frank, there are many different thoughts on CTE that are out there. Some people think contact sports directly causes CTE, some people think it’s more of an association, some people think there are other mitigating factors. But regardless of where you fall on the spectrum, I think we have to tip our hats to physicians like Dr. Omalu and Dr. McKee, because they have really brought the issue to the forefront so that we could have those types of debates, so that more people will become interested, and so that science could evolve to answer those unanswered questions.

KK: You mentioned your background is in headaches. What do you think about the trend towards calcitonin gene-related peptide (CGRP) receptor antibody therapy?

TS: That’s interesting, because I think CGRP is probably going to end up being a bridge between migraines and the sports world — specifically because we know after acute concussion, the far majority of individuals will have acute post-concussive headache. The pathophysiology of post-traumatic headache is highly implicated with CGRP, so my suspicion and plenty other clinicians’ suspicion is that these CGRP receptor antibodies will likely be effective not only in migraine treatment, but also possibly as an acute treatment for the headache after a concussion. I think that’s a good example of how what we see develop in one particular field in neurology is going to directly help the progress that’s being made in another subspecialty like sports neurology.

KK: And again, we’re seeing a boom in potential therapies for migraines after years and years of research into. How far are we from a similar trend in CTE, traumatic brain injury, and related conditions?

TS: That’s a good question, and a good example of that — especially in sports neurology — is we’re constantly talking about a good sideline test to diagnose concussion. You know, some kind of finger stick blood sugar, something similar that could tell us that yes, someone is definitely concussed or no, they are not. And, at least my own opinion on that is that we’re still years away from that. And when that does arrive, I think that’s something that’s going to be used as an adjunct rather than a definitive test that is black-and-white. It’s things like that, things like being able to diagnose CTE among the living, things like CGRP receptor antibodies aslo for post-traumatic headache patients that continue to propel these questions forward.

KK: What about the role of primary care or any immediate responders to these cases? How well-versed are they on this, and how important is that communication between themselves and specialists?

TS: It’s variable. Again, in our meeting last night, this was a topic of discussion. For the most part, certified athletic trainers are the first on site, in a sports setting, to evaluate and diagnose a suspected concussion. And certified athletic trainers do a great job of that. There is still a tremendous amount of variability among other medical providers, among emergency physicians, pediatricians, primary care doctors — even among neurologists. That’s one of our goals, as a sports neurology section, is to hopefully standardize that approach so that we’re all really speaking the same language and how we’re approaching that type of evaluation.

KK: There’s a lot of ideas and changing mentality surrounding professional sports and these safety-related findings. I know personally, I played tackle football for a dozen years and would never let any future children play the sport one day. There’s a lot of similar sentiments and calls for changes. From your clinical standpoint, how will these discoveries actually change professional sports?

TS: I think they’ll change things tremendously. I think when we look back at football, 50 years from now, it’s going to look completely different. And I’m afraid there’s a chance football could go in the way of boxing. When think of boxing back in the 1920s and 1930s, it was arguably the biggest sport in America, you look at where it is now, and it’s somewhat of a niche sport. Granted, the amount of money that’s wrapped up in professional football is tremendous, so I think it will buffer somewhat. But I do think that as things evolve, football is going to look different decades down the road.

I think it really all comes back to data — we need the science. There are folks that propose hit counts, for example: once a player has reached a certain head impact exposure over a season, then things should be really backed off so the brain can have the rest it needs to recover. And that’s a good idea in theory, but the question is where that threshold should be. Is it a thousand hits per season? Is it a hundred hits? That’s what we don’t know. I think those ideas are good and should be discussed, but we should have the science to back up anything that comes from that talk.

KK: So then what are the next steps?

TS: Pushing the science forward. And that goes down the scope of sports neurology, from how many hits are too many in a season, to CTE. I do feel like we’re likely on the cusp, that in the next 2-3 years we’ll be able to diagnose CTE in the living. That will be a tremendous breakthrough in scientific world. And when that happens, what do we do with that information? Do we provide yearly screenings of contact sport athletes? Is it more of a seasonal evaluation? Should it be comprehensive neurologic evaluations after each game? I don’t know. Some of that sounds a bit excessive, but I think these are things science will help declare it by.

The American Academy of Neurology Annual Meeting (AAN) delivers the latest developments in science, education, and networking, and further coverage can be found at MD Magazine‘s new sister site, NeurologyLive.

You May Also be Interested in
Most Popular
Top 10 Painkillers in the US
5 Doctor Specialties Facing Shortages
How to Spot a Bad Doctor
Is There a Link between Low Testosterone and Chronic Marijuana Use?
Viagra Can Help Cardiovascular Health in Men With Type 2 Diabetes