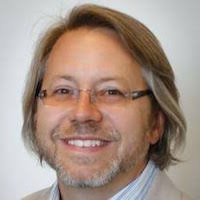 Bradford Dickerson, MD
When a 13-lb iron rod exploded out of a roadbed construction site and through the skull and brain of foreman Phineas Gage in 1848, it ignited a new interest in social cognitive neuroscience.

Gage’s famous survival of the gruesome incident — and his well-documented changes in personality and cognition that persisted until his death 12 years later — drove clinical research into the link between brain systems and social cognition.

Indeed, the field has a long history, but it hasn’t been until recent that it has come into its own, Bradford Dickerson, MD, associate professor of Neurology, Harvard Medical School, and co-director of the Neuroimaging Group at the Gerontology Research Unit, said. In a presentation at the 2017 American Academy of Neurology (AAN) annual meeting, Dickerson mapped out the timeline of social behavior neurology — from Gage’s accident to the first meeting of the Social & Affective Neuroscience Society just 11 years ago.

“It has a fairly long history, but one with a recent explosion in interest,” Dickerson said.

Despite the field resonating frequently in most neurologist’s or neurology specialty provider’s daily work, social neuroscience has not become a consistent topic of lecture in medical schools or residency, Dickerson said. Clinical research has progressed from early studies which drew attention to social impairments associated with focal brain lesions, to include socio-behavior aspects.

“When we talk about personality change, I think we have to stop and think a little about how much are we discussing about persons interacting with others, or if they’re on their own,” Dickerson said.

It all results in a “superficial measure having impactful medical implications,” Dickerson said.

The latter 2 networks, which generate polarizing emotions and social actions, are located in particular regions of the brain separate from each other. They are used to determine social information relevance — dictating when a person feels compassion or distrust, or when they perform charitable acts or give another person unfair treatment.

This information is first detected through social signals, which is the processing of visual, auditory, somatosensory, and olfactory sensory. It is then interpreted through its relationship to either general knowledge (semantic memory) or past experiences (episodic memory).

Such processes have been relevant in the research of emotional contagion — in which people converge emotionally with others by automatically mimicking and synchronizing with their body language and gestures — a field which has had little clinical activity until recently, Dickerson said.

How the entire process plays out is through the salience network, which along with the orbitofrontal/ ventromedial prefrontal cortex assigns value to the information provided by memory and general knowledge. The salience network is comprised of the anterior cingulate, insula, amygdala, and ventrial stratum.

Recent research has found the size of a person’s amygdala is associated with the size of their social network, suggesting that a person’s ability to manage social process is improved when they simply have a bigger network. Indeed, it’s another quantification for a long-held perception: neurological and social wellbeing are linked to one another, from Phineas Gage to present day.

“The core functions that we consider social cognitive function are so critical,” Dickerson said.

The American Academy of Neurology Annual Meeting (AAN) delivers the latest developments in science, education, and networking, and further coverage can be found at MD Magazine‘s new sister site, NeurologyLive.