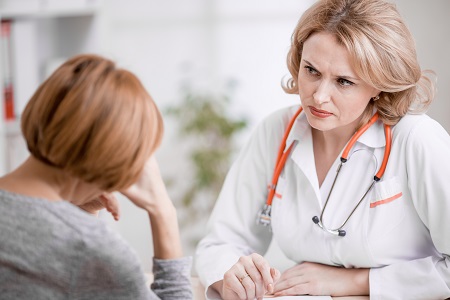 A cohort analysis of plaque psoriasis patients treatment in real-world US dermatology referral practices showed that a majority of those treated with ixekizumab achieved clear skin within 3 months.

In new data presented at the American Academy of Dermatology (AAD) 2019 Annual Meeting in Washington, DC, this week, investigators from the US and Canada showed real-world disease severity and quality of life improvements in patients treated with monoclonal antibody ixekizumab. Marketed as Taltz, the Eli Lilly & Company biologic was previously approved for the treatment of plaque psoriasis by the US Food and Drug Administration (FDA) in March 2016.

Ixetizumab binds and blocks interleukin 17 (IL-17) in patients, preventing the pro-inflammatory cytokine from stimulating proliferation and keratinocyte activiation in the skin of patients with plaque psoriasis.

Investigators—led by Craig Leonardi, MD, of Central Dermatology in St. Louis, MO—conducted a cohort analysis of patients treated at a St. Louis-based dermatology practice. The team sought to assess plaque psoriasis severity and quality of life (QoL) in three-month intervals of patients treated with ixekizumab over their first year.

The patient population were 106 adults (median age 47.9 years), 93% Caucasian and 67% male. Another 95% were privately insured. About three-fourths (74%; n= 78) of patients had received previous biologic therapy for their psoriasis—most commonly a tumor necrosis fact (TNF) alpha inhibitor (n= 47), secukinumab (n= 27), and/or ustekinumab (n= 12). Approximately half (52%) had previously received systemic therapy including methotrexate, and another half (51%) received topical treatment.

In assessing for treatment duration at 12 months, investigators found 63% of patients still reported scores of 0 or 1 for sPGA, and 82% achieved BSA ≤ 1%. Median decrease from each time point was approximately 3% for BSA, and about 2 points for both sPGA and DLQI scores. These scores were assessed in the 74% (n= 78) of patients in the cohort to continue ixekizumab treatment through 1 year.

According to investigators, the BSA ≤ 1% score is a target set by the National Psoriasis Foundation (NPF) for treatment. More than 80% of ixekizumab-treated patients achieved this target at three- and six-month intervals.

Investigators concluded the biologic is associated with quick improvements in disease severity and QoL, with one-year sustained effects. That said, they also called for larger multi-site studies to corroborate their findings.

The study, “Disease Severity and Quality of Life among Ixekizumab-Treated Psoriasis Patients in the Real-World Setting: Results from a Single US Dermatology Referral Practice,” were presented at AAD 2019.