Isotretinoin Not Associated with Depression Risk for Acne Patients 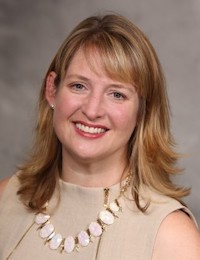 Isotretinoin, while most known for its potential to cause birth defects, also carries the potential for causing depression, psychosis, and rarely suicidal ideation, and suicide attempts, according to the prescribing information.

Investigators led by Bethanee Schlosser, MD, PhD, FAAD, an associate professor in the department of dermatology at the Northwestern University Feinberg School of Medicine in Chicago, used a retrospective real-world study to compare rates of depression in patients diagnosed with acne at a dermatology clinic, some of whom were exposed to isotretinoin.

“There has been mixed evidence and much debate around the impact of isotretinoin on mood change,” said Schlosser in a statement. “There’s also a lot of misinformation out there, particularly on social media, so we hope this large-scale study can shed some light on the issue.”

The research, which was presented at the 2019 Annual Meeting of the American Academy of Dermatology (AAD) in Washington, DC, showed that isotretinoin exposure is not an independent risk factor for depression.

“These results showed no significant difference in frequency of depression between acne patients treated with isotretinoin and those who receive other types of therapy,” Schlosser added. “Further, we know the mere presence of acne can be associated with mood disorders, including depression, and isotretinoin can provide significant relief for patients whose acne is not responding to other treatments and causing severe psychosocial distress.”

The study pulled from the medical records of 38,016 dermatology patients aged 18 to 65 years, including 1087 patients who were exposed to isotretinoin and 36,929 who were not. Patients were diagnosed with acne between January 2001 and December 2017.

The results “suggest that isotretinoin exposure is not an independent risk factor for depression in patients with acne,” wrote Schlosser and colleagues.

Schlosser indicated the need for further research in this area and affirmed the importance of open and clear communication between patients and doctors, especially about potential symptoms of depression.

The poster, “Frequency of depression in dermatologist-managed patients who have acne, isotretinoin-exposure vs no isotretinoin exposure: Pharmacovigilance analysis of a large Midwestern U.S. population from the RADAR (Research on Adverse Drug events And Reports) Program,” was presented at the AAD Annual Meeting on Friday, March 1, 2019.

You May Also be Interested in
Most Popular
The 10 Worst Things Patients Can Say to Physicians
Filtered, Unfiltered Coffee Have Contrasting Impact on Heart Health
Erin Crown, PA-C: Using Telemedicine to Help Schizophrenia Patients
Looking for Links Between Testosterone and Vitamin D Levels
Top 10 Painkillers in the US