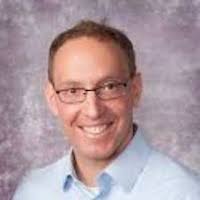 While cross-contamination remains a major concern for individuals with peanut allergies, a new patch could allow people to consume a trace amount of peanut remnants without fear of a reaction.

In an interview with HCPLive®, Todd Green, MD, Vice President of Clinical Development and Medical Affairs at DBV Technologies and author of the "Open-Label Follow-Up of the PEPITES Study (PEOPLE) to Evaluate the Long-Term Efficacy and Safety of Epicutaneous Peanut Immunotherapy in Peanut-Allergic Children," explained how the Viaskin Peanut 250 μg could help eliminate the cross-contamination concern.

“This is designed to try to desensitize patients, which means increase how much they can eat before they have a reaction,” Green said. “If you can increase someone’s threshold then you can decrease their chance of having a reaction.”

Green was expected to present data during the American Academy of Allergy, Asthma & Immunology (AAAAI) 2020 Annual Meeting in Philadelphia, PA, but the conference was cancelled due to the coronavirus disease 2019 (COVID-19) outbreak.

The study included peanut allergy children who were initially enrolled in the phase 3 study and completed the 12-month double-blind placebo controlled food challenge at the conclusion of the PEPITES study.

“So, the goal of our epicutaneous immunotherapy is to try to increase the amount that you have allergic patients can eat before they experience their reaction,” Green said. “Because if you can do that you decrease somebody's risk of having a reaction to an accidental ingestion.”

They also sought additional endpoints of the change from baseline to 36 months in eliciting dose and in cumulative reactive dose, safety outcomes, changes in immunoglobulin G4 (IgG4) and immunoglobulin E (IgE) over the 3-year period, and SU assessment.

Overall, an increase in eliciting dose from PEPITES baseline to month 36 was observed in 75.9% of subjects and of the participants with baseline ED ≤100 mg, 67.4% reached an eliciting dose of at least 300 mg.

After 36 months, the mean cumulative reactive dose was 1768.8 mg, roughly the equivalent of 6 peanuts.

Some of the side effects and adverse events found in individuals using the patch include local reactions at the site of the patch, both itching and redness. However, despite the local reactions the investigators said they were manageable with an antihistamine, which is shown by the 98% compliance rate in the study. Also no treatment-related epinephrine use occurred.

The application for the new patch was accepted by the US Food and Drug Administration (FDA) in 2019 for review and there is a target action date currently set for August.

You May Also be Interested in
Most Popular
ACR Issues Recommendations for Hydroxychloroquine Use for COVID-19
Comparing RT-PCR and Chest CT for Diagnosing COVID-19
Flu Cases Near 30 Million in the US, CDC Reports
Gastrointestinal Issues Could Help Diagnose Coronavirus
Concern Over Sleep Apnea and Coronavirus Transmission