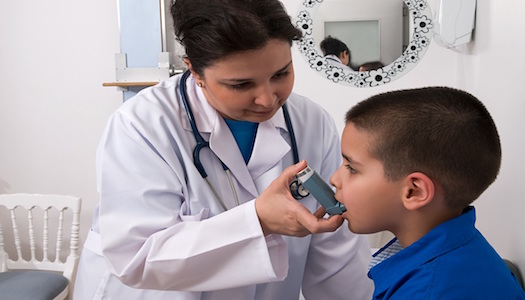 In urban populations, asthma morbidity has been associated with sensitization and exposure to indoor allergens in recent studies. However, few studies have focused on the Chicago region or included patients with and without asthma.

Due to the lack of Chicago-based asthma studies, a team of investigators assessed adult and pediatric patients in Chicago in order to confirm that sensitization to mouse urine, cockroaches, or dust mites is associated with increased odds of having asthma and increased asthma severity.

Among their results, the team found a large number of the mouse-sensitized patients had a diagnosis of asthma (82/99 [82.5%]) even though only 99 (13.8%) asthma patients were sensitized to mice.

Consequently, the team concluded that having moderate or severe asthma (OR 2.38; P= .005) was more likely among persistent patients sensitized to cockroaches. However, asthma severity did not correlate with sensitization to mouse urine or dust mites.

This research only further adds to previous studies that point out the need for more allergen reduction guidelines. In clinical trials examining asthma outcomes, a wide variety of interventions designed to reduce allergens have been studied, but the likelihood of asthma has been shown to increase with the greater the complexity of the environment.

More specifically, factors are vast and include an expanding list of environmental factors that come with a low-income house that must be considered, such as greater numbers of cockroaches, other pests, less maintenance of carpeting, bedding, and much more.

However, absolutely none of the studies to date provided strong clinical control of asthma.

Primarily though, there are costs and potential downsides to any of these strategies that are not really considered within any of the studies.

As a result, the team noted that the evidence is inconclusive due to a lack of studies, which are greatly needed.

The authors noted that they would like to know more about the home and personal situation of the individual patients, and that the downsides to any recommendations need more attention and consideration as well.

The study, “Indoor Allergen Sensitization Correlates with Asthma in Chicago Public Hospital Patients,” was published online in The Journal of Allergy and Clinical Immunology.

You May Also be Interested in
Most Popular
Picking up the Pace: Progress on Artificial Kidney
Physicians Stop RA Medications Too Soon Before Surgery
Top 10 Painkillers in the US
Tonsil Removal Surgery Could Have Negative Impact on Patient Immune System
Physicians and Patients Need to Discuss the Benefits of Clinical Trials