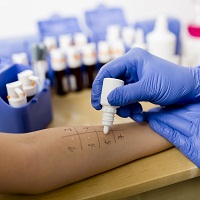 A study of patients with reported penicillin allergy found that many of those patients are not, in fact, allergic and are able to pass a skin test and oral challenge. However, for many of those patients, the allergy label persisted in their electronic medical record and/or pharmacy record despite strong understanding of their allergy test results.

Investigators from NYU-Winthrop Hospital, Mineola, New York, and Hasbro Children’s Hospital, Providence, Rhode Island, sought to illuminate which demographic factors might predict the long-term effectiveness of penicillin allergy de-labeling. They found that the persistence of the penicillin allergy label was not significantly associated with gender, age, or whether the allergy evaluation was performed in an inpatient or outpatient setting.

“It is an effective tool to de-label patients, but there are some barriers,” Sonam Sani, MD, a Chief Resident at NYU-Winthrop Hospital, told MD Magazine®.

The research, which was presented as a poster at the 2019 Annual Meeting of the American Academy of Allergy, Asthma & Immunology (AAAAI), was done as a retrospective chart review of patients who were evaluated for penicillin allergy from 2012 to 2017.

The study included 33 patients who had been de-labeled of penicillin allergy; 23 were female, 17 were tested in an outpatient setting, and the average age was 61.3 years (range 27-91).

Of 33 patients who were de-labeled of a penicillin allergy, after a negative skin test and tolerating an oral challenge, 33% (n = 11) continued to have the allergy listed in their EMR and 21% (n = 7) had the allergy listed in a pharmacy record. The persistence of the allergy label was not found to be significantly associated with gender (P = .35), age (P = .73), or evaluation setting (inpatient versus outpatient; P = .88).

Investigators were able to follow-up with 24 patients via phone call. Of the unavailable patients, 2 were deceased and 7 did not answer. They asked each patient about the results of their test and, for patients who continued to avoid penicillin, about their reasons for doing so.

“This study found that while penicillin allergy de-labeling is safe and effective, there is a discrepancy between the allergy evaluation and the appropriate removal of the penicillin allergy from the EMR and pharmacy records, which may include patient apprehension as a cause,” wrote the investigators.

The poster, “Assessing Demographic Factors That Predict the Long-Term Effectiveness of Penicillin Allergy De-labeling,” was presented at the at the Annual Meeting of AAAAI on Saturday, February 23, 2019.