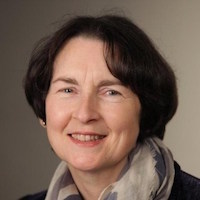 In a new trial presented at the American Academy of Allergy, Asthma, and Immunology (AAAAI) 2019 Annual Meeting in San Francisco, CA, this week, a peptide-based therapy shows to be effective without causing life-threatening reactions in patients with food allergy.

Immunotherapy involves exposure to a food allergen in growing doses, but the risk of dangerous reactions can be high for those with severe allergies to foods such as peanuts. In this trial, the first clinical study of a peptide immunotherapy, researchers utilized PVX108, a synthetic peptide taken from sequences of major peanut allergens.

In a statement, co-investigator Robyn O’Hehir, MD, PhD, of Monash University in Melbourne, Australia, said that she and her colleagues are encouraged by the safety profile of PVX108.

“This is an exciting time for clinicians who treat patients with peanut allergies as we now have several approaches being evaluated to treat this potentially life-threatening condition,” O’Hehir said. “The peptides are synthesized to high quality standards and precisely target the underlying cause of disease.”

Allergic reactions from peanuts are caused from the protein content, which can cause inflammation, including the most deadly: anaphylactic shock. PVX108 is designed to render basophils and mast cells inoperative, both of which play a role in initiating the inflammation process and contain only the small peptide components of peanut protein needed for tolerance in T cells.

There were 2 stages in the study using 9 cohorts. In the first stage, 8 cohorts were comprised of 6 subjects each, who were randomized for PVX108 or placebo. Doses of PVX108 were increased for each consecutive cohort, with the 8th having the highest dose. For the second stage, the 9th cohort received multiple injections at the same dose over a period of 16 weeks.

There were no serious adverse events and those deemed possibly related to treatment were considered mild or moderate; and of those, most were temporary injection site reactions.

While oral immunotherapy AR-101 and subcutaneous immunotherapy Viaskin Peanut are both seeking US Food and Drug Administration (FDA) approval as the first marketed food allergy therapies, discussion at AAAAI has also focused on improving on what would be the first generation of food allergy drugs.

In an interview with MD Magazine®, AAAAI President Robert Wood, MD, highlighted some new-generation products that could still take about a decade to reach patients with food allergies.

“There are opportunities to modify the food proteins in a way that you could still induce tolerance but at least minimize the risk,” Wood said. “There is a DNA vaccine under study—very, very different from what we're looking at for the next year.”

O’Hehir and colleagues are doing their part to advance the field.

“While still early, the data suggests that monthly intradermal injections of PVX108 could transform how we treat patients with peanut allergies, including those with severe allergy,” she said.

The study, “Safety and Tolerability of a Novel Peptide-Based Immunotherapy for Peanut Allergy,” was published online in The Journal of Allergy and Clinical Immunology.