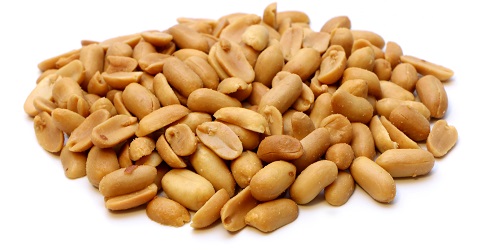 A long-term, observational study of patients who had received immunotherapy treatment for peanut allergy found that continued consumption of peanut was associated with positive quality of life and perceptions of safety.

The research, which was presented at the 2019 Annual Meeting of the American Academy of Allergy, Asthma & Immunology (AAAAI) in San Francisco, CA, sought to evaluate the outcomes for patients who had achieved tolerance to at least 300 mg of peanut through oral or sublingual immunotherapy.

"People just want to know that they are protected," said Edwin Kim, MD, MS, assistant professor of medicine and pediatrics at the UNC School of Medicine and director of the UNC Food Allergy Initiative. "They don't necessarily want to eat large amounts of their allergen, they just want a level of reassurance that if a restaurant cook makes a mistake or a food label is wrong, they won't have a severe allergic reaction."

The study included 55 patients who had completed oral or sublingual immunotherapy for peanut allergy as part of other studies at UNC between 2010 and 2017. Patients had a median age of 2.9 years (range, 1.2 months to 7.5 years) at the completion of their first study.

Upon study completion, patients who were desensitized to ≥300 mg to 5000 mg of peanut were enrolled in this longitudinal study and asked to incorporate peanut into their daily diet. A survey was later taken to evaluate continued peanut consumption, and patient or parental perceptions of quality of life and sense of safety.

Many patients were able to eat products labeled “may contain peanut” (87.3%) and felt comfortable eating at restaurants (92.7%). However, just 60% saw an allergist each year and 85% “often” carried epinephrine autoinjectors.

“Unintended consequences may include increased risk-taking behavior, such as not carrying an Epipen or following up regularly with an allergist,” wrote study authors.

There were no reported accidental allergic reactions in the 55 participants, but 10 patients experienced reactions to intentionally consumed peanut that they had added to their diet. Most of these reactions were mild and treated with antihistamines, but 3 of the reactions required epinephrine and 2 required emergency medical services.

"One of the big questions out there now is, 'what does life after immunotherapy look like?'" said Kim. "That's what we were trying to answer with this research, and it appears that eating these small amounts of peanut is safe, can improve quality of life, and may help to maintain desensitization." Kim added that he hopes this research will be applied to other food allergies as well.

The abstract, “Back to Life, Back to Reality – What Happens after Peanut Immunotherapy? A Long-Term Follow up Study on Perceptions of Safety and Lifestyle,” was presented at the Annual Meeting of AAAAI on Sunday, February 24, 2019.

You May Also be Interested in
Most Popular
Picking up the Pace: Progress on Artificial Kidney
Physicians and Patients Need to Discuss the Benefits of Clinical Trials
Physicians Stop RA Medications Too Soon Before Surgery
Denise Daley, PhD: Early Asthma Interventions for Infants
Top 10 Painkillers in the US