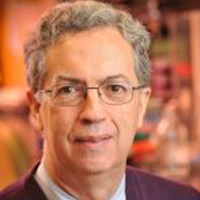 The American Academy of Allergy, Asthma & Immunology (AAAAI) Annual Meeting Program Chair has plenty of topics to consider when preparing courses and sessions. That’s even before any consideration to how advancing diagnostic tools are drawing connections between allergic/immunology conditions and previously separate specialties. As chair David Chaplin, MD, PhD, told MD Magazine®: it won’t be long until rheumatology is just as frequently discussed as other topics at the annual meeting.

Still, Chaplin manages. In an interview with MD Mag, he shared an explanation into the 2019 AAAAI meeting’s theme, how advancing research is shaping diagnosis and treatment resources across these connected specialties, how the meeting has progressed since the 1990s, and what he personally thinks are the most interesting sessions taking place at the meeting this week.

MD Mag: What themes, trends, or developments will headline this year’s meeting?

Chaplin: The way the meeting is organized, there’s always a meeting theme. This year, it’s Advances in Food Allergies. The president of the academy also gets to set a theme, and often the 2 themes are not related. But this year, Dr. Robert Wood is a food allergy expert, so his theme is Optimal Care of the Food-Allergic Patient, so that puts things really in alignment. Almost about 20% of the meeting is material surrounding the meeting theme, and the rest is other allergic topics. Since the presidential theme and the meeting are the same—more or less this year—that means about a quarter of all the content will be food allergy-focused.

To me, the big things that are going on are in food allergy. In the last couple of years, there’s been a real switch—which started about understanding a novel way to treat peanut allergy. It used to always be if you were allergic to a food and you had a reaction to that food, the only thing offered to you was an Epi-Pen in case you were exposed to it, and also ways to help avoid contact with the food.

But it became clear you could identify people that are at a particularly higher risk of developing allergy to a food, and peanut was one of those. There was an effort that really started out in England to treat people who were anticipated to be at a higher risk for peanut allergy, to treat them with trace amounts of peanut, starting at an early age and eventually working to desensitizing them—in a way, how other allergy desensitization work. It turned out that worked well. A lot of doctors are trying to find the optimal ways to do immunotherapy with peanut, and there’s other food allergies they’re working on.

There’s also been the thought that you could make this safer by treating people with anti-IgE at the same time you were treating them with the food challenge therapy. There will be trial data at the meeting showing whether biologic agents like anti-IgE and some of the other biologics that directly affect the IgE system make food allergy treatments safer and more effective.

The overall field of biologic agents are of interest for a wide nature of things, from monoclonal antibodies, to cellule receptors, to cytokines, things like that. Some of them seem to work in certain patients; others work in others. Right now, it’s hard to predict which biologic will be the optimal mark for the individual. They’re also expensive to use, and without some risk. But there’s been a lot of interest in the last year or 2 in trying to define approaches to personalized medicine with biologics—who’s going to respond to which agent, which 2 make the most sense if used in combination. So there will be quite a lot of information on biologics as optimal therapeutics, ways to make them the most effective they can be.

What’s also interesting about these biologics is the pursuit to use them across multiple indications that are connected by similar pathways. How does that overlap of diagnosis and care play into organizing this meeting and its discussions?

We hope to have about one-quarter of the meeting focused on underlying basic science that will ultimately define the therapies and diagnostic approaches of the future. The plenary talk this year is going to talk about ways of using some of the big data on all aspects of the allergic response in patients with allergic disease, to really define the biologic pathways affecting the disease, more effectively.

I think what’s really going to turn out from that is that there will be shared pathways that are common in a lot of immunologic diseases, whether they be allergic, rheumatologic, gastrointestinal, pulmonary, that have different manifestations based on other genes that modified the quality of response, but still mean the therapies that target those pathways are going to be effective regardless.

There’s a bit of expectation that all specialties are going to learn from each other to identify the therapeutics most likely to succeed in a variety of patient classes. We have a lot to teach each other. We’re not competing—we’re collaborating to find the best approaches.

It’s always been the case that dermatologists come to the allergy meeting. But many of the diseases not classically thought of as allergic are turning out to have similar underlying mechanisms—just under modified genes that expresses them differently. I think more rheumatologists will be coming as well.

How long have you been involved with AAAAI?

Could you speak to the meeting’s growth in that time? How has it progressed?

When I first started in allergy, a large amount of what we did was totally empiric—for understanding things like why allergy shots even work. One of the giants in the allergy field died last year: Kimishige Ishizaka. He was the person who really discovered the IgE antibody, one of the fundamental mediators in any allergic spectrum of disease.

Until then, there was no way at all to understand the mechanisms of allergic disease. It took a long time since then to really begin to understand all the different kinds of bone marrow-derived blood cells that are regulators of allergic responses, the different cytokines and chemical mediators that result in the allergic manifestations of disease. All of those have now become targets for direct therapy, and are used to classify patients into biologically significant subsets that we’re much better able to give a sensible prognosis.

It’s a really satisfying time to be an allergist. There’s still a lot of details to understand, but there is a much richer understanding of the biologic and chemical mechanisms underlying the disease, and we have much better tools to treat those.

Looking forward, how would you like to see the meeting advance in the coming years?

I’m not a practicing physician, and I’m not involved in national policy issues. But my own sense is that specialties that are not procedural are not expanding their number of specialists at a high rate. I should check this, but I would not be surprised if the total number of allergists now is not similar to what it was 5 or 10 years ago. I think what we’re really hoping is the greater scientific basis for the field of allergy is going to expand our ability to recruit additional practitioners in the field.

In terms of the meeting itself, this has been the premiere allergy meeting in the field for some time. And I don’t think that’s going to change. We have an excellent system that involves a lot of practicing allergists in the creation of the program. I think what would make the meeting stronger would be an even greater fraction of practicing physicians being involved in the program. With increasing use of web-based rules to assemble the meeting, they just need to make the plunge and send their submission.

Are there any particular sessions or events you’re most looking forward to?

I have a list, actually. We’re getting a much greater of how the skin functions as both a barrier to the uptick of allergens, but also as a site where allergic sensitization happens quite frequently. On Sunday, there will be a terrific session called, “Systemic Regulation of Susceptibility and Pathogenesis of Allergic Inflammation.”

The keynote address on Saturday: This is going to be really focused on how informatics is allowing the learning of disease insights through combining data from all different domains, as patient’s disease progresses. That will be spectacular to know.

There’s beginning to be some really progress in gene therapy approaches to allergic disease, so there will be a quite interesting session called, “Gene Therapy, Gene Silencing and Gene Editing for the Clinical Allergist/Immunologist.” That will be quite accessible to a clinician who may not have a very sophisticated understanding of the gene therapy sciences. It’s going to be focused to the gene practitioner.

An interesting development is that people have learned how to adapt hypodermic technology to making antigen-specific IgE antibodies. It used to be very difficult, but now you really can create IgE antibodies that will recognize any allergen. That’s creating very valuable diagnostics, but there’s also potential to use these as therapeutic agents. So, there’s a session on Friday called, “Generation of Antigen-Specific Immunoglobulin E: A Revolution in Novel Therapies for Allergic Diseases.”

We also talked a little about biologics here, and on Sunday there’s a really great session called, “Biologics for Severe Asthma: Treatment-Specific Effects Important in Choosing a Specific Agent.” That will really give people strong rationales for using specific biologics in specific clinical sessions.