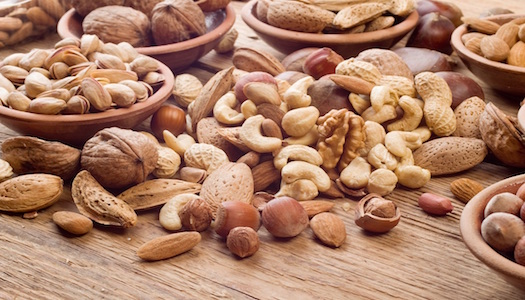 Amy Scurlock, MD, of University of Arkansas for Medical Sciences & Arkansas Children’s Hospital, and colleagues conducted a study on long-term walnut oral immunotherapy (WOIT) and presented the findings at the annual meeting of the American Academy of Allergy, Asthma, and Immunology (AAAAI 2017) in Atlanta, Georgia.

Among the most common food allergens are the proteins found in cow’s milk, eggs, wheat, soy, fish, and shellfish. Peanuts and tree nuts—including walnuts, cashews, and pecans—are also common allergies, impacting around three million people in the United States, according to Food Allergy Research & Education. Allergies to nuts tend to last a lifetime, so identifying long-term treatment outcomes is crucial.

The aim of the research was to evaluate “the impact of long-term WOIT on desensitization and sustained unresponsiveness to both walnut and a test tree nut,” Scurlock explained.

The study cohort included children who had allergy to walnut as well as another test tree nut (tTN)--including pecan, cashew, hazelnut, and pistachio--with a median age of 9. All of the participants completed a 38-week blinded, placebo-controlled treatment before being enrolled in WOIT.

There are three additional patients who are currently undergoing WOIT, the researchers noted, but they did not say when or if those results will be released.

Preceding this research was another study conducted by Scurlock and her colleagues. In 2016, they released findings showing that WOIT induces clinical desensitization to both walnut and tTN after 38 weeks. The development of sustained unresponsiveness was supported by observed mechanistic changes.

You May Also be Interested in
Most Popular
Flu Cases Near 30 Million in the US, CDC Reports
Erectile Dysfunction, Sexual Symptoms Linked to Increased Mortality in Men
Comparing RT-PCR and Chest CT for Diagnosing COVID-19
Concern Over Sleep Apnea and Coronavirus Transmission
Gastrointestinal Issues Could Help Diagnose Coronavirus