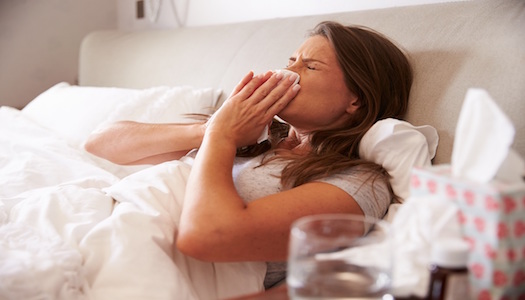 A collaborative team of researchers evaluated the 300IR 5-grass pollen sublingual tablet in people who experienced adverse reactions. Their findings were presented at the annual meeting of the American Academy of Allergy, Asthma, and Immunology (AAAAI 2017) in Atlanta, Georgia.

The participants were ages 18 to 50 and randomly assigned to one of two groups: 300IR tablet or placebo, pre-seasonally (four months or two months before) and co-seasonally for three consecutive years. Follow-up continued for two years after treatment. Adverse reactions were reported in patients who were treated for at least two seasons.

The most frequent adverse reactions were typically mild and occurred within the first week of treatment. The most common adverse reactions, which were the same every year, were application-site reactions, such as oral pruritus, throat irritation, mouth edema, and ear pruritus. These generally last one to four months.

Although many patients experienced adverse reactions, they decreased over time and were usually mild and cleared within a few months.

The study, “Long-Term Treatment with 300IR 5-Grass Pollen Sublingual Tablet in Grass Pollen Allergic Subjects: Safety Outcomes Year after Year,” was published in The Journal of Allergy and Clinical Immunology.

You May Also be Interested in
Most Popular
American Thoracic Society Releases Temporary COVID-19 Guidance
Hydroxychloroquine Speeds Up COVID-19 Recovery Over Placebo
Limited Supply of Chloroquine, Hydroxychloroquine Could Affect COVID-19 Use
Flu Cases Near 30 Million in the US, CDC Reports
Concern Over Sleep Apnea and Coronavirus Transmission