Is Developing a Chlamydia Vaccine Worth the Cost? 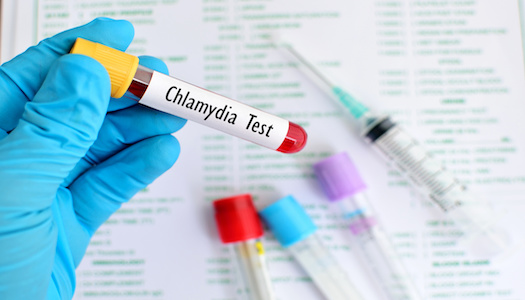 Chlamydia trachomatis (C. trachomatis), the infection that causes chlamydia, is the most common bacterial sexually transmitted infection in the United States with nearly three million cases, estimated by the US Centers for Disease Control and Prevention (CDC). Although infection rates are growing, does a chlamydia vaccine make sense from a cost perspective?

Jared Ditkowsky, MD candidate, and colleagues from SUNY Downstate Department of Pediatrics in Brooklyn, New York examined this point and presented their findings at the annual meeting of the American Academy of Allergy, Asthma, and Immunology (AAAAI 2017) in Atlanta, Georgia.

There currently isn’t a vaccine for chlamydia, and the CDC estimated $701 million spent in medical costs for the infection in 2010. Available screening programs aren’t widely affordable and developing a vaccine would cost a substantial amount of time and funds. But if a chlamydia vaccination program were to be created and implemented, the researchers say this is what would happen.

“We examined the impact of a potential chlamydia vaccination program by creating a decision analysis model to estimate the effect of vaccination on chlamydia-associated costs, morbidity, and mortality,” Ditkowsky and team explained.

Although a chlamydia vaccination program would add cost to the healthcare system, it would also help a significant amount of morbidity and mortality linked to the infection.

The study, “The Cost Effectiveness of a Chlamydia Trachomatis Vaccination Program in young Women in the United States,” was published in The Journal of Allergy and Clinical Immunology.