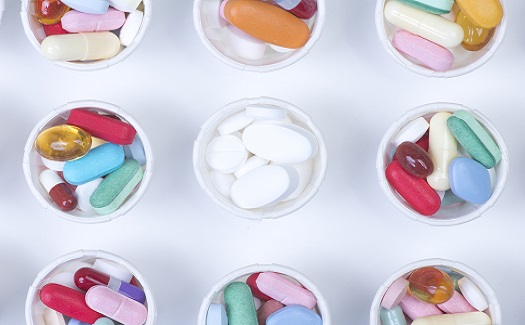 “I want to talk to you about a little boy who came to our clinic,” Pamela H. Steele, MSN, CPNP, AE-C, of the University of North Carolina (UNC) at Chapel Hill began her presentation at the annual meeting of the American Academy of Allergy, Asthma, and Immunology (AAAAI 2017) in Atlanta.

A 3-year-old boy presented with ibuprofen hypersensitivity and acetaminophen-induced anaphylaxis. Reactions to nonsteroidal anti-inflammatory drugs (NSAIDs) occur very frequently, even more than Steele was originally aware of in her previous work.

There are three types of NSAID reactions. The first is an IgE mediated reaction, which occurs within two hours of ingestion, but is most common within the first hour. T cell mediated reactions take place within two days after ingestion. The final of the three, pseudo allergy, is not well understood.

In the case study presented at AAAAI 2017, the Asian-American boy had a history of erythematous rash and periorbital edema after receiving ibuprofen for fever. This occurred three times between the ages of 2 and 3. During his most recent ibuprofen exposure, the boy received acetaminophen at the same time. This is when he subsequently developed diffuse urticarial and dyspnea, resulting in intramuscular (IM) epinephrine treatment. He did not have a history of atopy or recurrent urticarial or angioedema. In the past, the boy had received acetaminophen and it was tolerated.

One study published in the journal Allergy & Asthma Proceedings in September 2015 found that ibuprofen was responsible for the most NSAID hypersensitivity cases in children with an average age of 6.9 years. These findings are consistent with other research on NSAID reactions. Another 2015 study in the Journal of Investigational Allergology and Clinical Immunology concluded that paracetamol and ibuprofen were the most common NSAIDs to cause drug hypersensitivity reactions in children and adolescents.

The physician performed a graded challenge to acetaminophen on the boy and after receiving 15 mg/kg, he developed diffuse urticarial and respiratory symptoms, including cough and wheeze. IM epinephrine and bronchodilators quickly resolved the situation. A graded challenge was done to determine an anti-inflammatory that the boy could safely receive, which ended up being the selective COX-2 inhibitor, celecoxib.

“We have to think, how safe are anti-inflammatory medications for children?” Steele continued.

Although it’s rare that children with a history of NSAID hypersensitivity would have an anaphylactic reaction to acetaminophen, Steele stressed that it can happen.

“If we have a child that has a NSAID hypersensitivity, please be cautious and tell the child’s family to be cautious” Steele said.

To stop these situations from continuously occurring, Steele suggested that family members need to be reminded of drug hypersensitivity and physicians should prepare them to treat any allergic reaction. The Anaphylaxis Emergency Action Plan, which maps out steps to take in the event of exposure, can easily be adjusted for each patient.

You May Also be Interested in
Most Popular
American Thoracic Society Releases Temporary COVID-19 Guidance
Flu Cases Near 30 Million in the US, CDC Reports
Psychosocial Stressors Tied to Missed Days for Workers with Mental Disorders
Comparing RT-PCR and Chest CT for Diagnosing COVID-19
Limited Supply of Chloroquine, Hydroxychloroquine Could Affect COVID-19 Use