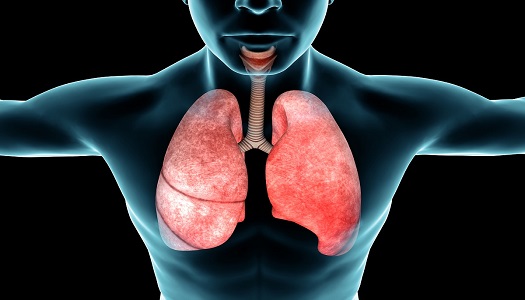 Environmental factors have a substantial impact on patients with asthma. In a session at the annual meeting of the American Academy of Allergy, Asthma, and Immunology (AAAAI 2017) in Atlanta, Georgia, Matthew S. Perzanowski, PhD, discussed both positive and negative environmental factors affecting people in low-income populations.

Perzanowski, assistant professor of Environmental Health Sciences at the Mailman School of Public Health at Columbia University, and colleagues wrote a scientific review of an early draft of the chapter “Allergic Asthma” in Public Health Significance of Urban Pests. One critic commented on the work saying that the content was an opinion of some “believers in prevention.” Perzanowski, admittedly, said that he is one of those “believers in prevention.” Using audience response technology, he asked around 100 healthcare professionals if they were believers in allergic asthma prevention--100% said yes.

Next he asked, out of five options, which answer is not normally a barrier to effective domestic environmental asthma symptoms in low-income populations. A total of 63% got the answer right by indicating all of the above actually were barriers, which included ability of family to remediate structural problems, adherence to intervention, potential use of toxic pesticides, and exposures outside the home.

“Why do we think environmental interventions should work?” Perzanowski asked. It seems simple that when you have someone who is allergic to something, take that something away, and their symptoms should improve. However, study results don’t always prove that.

There are various reasons that such studies may fail. For one, specific allergen sensitization should be determined and targeted, and all patient relevant allergens should be targeted. But beyond that, other triggers, such as environmental ones, should be addressed as well. For instance, if someone has a dust mite allergy, targeting the mattress might not be enough, as the patient is still facing carpets and other fabrics. Even so, Perzanowski said, the amount of allergen reduction needed for clinical effect isn’t clear.

In one dust mite allergy meta-analysis study, dust mite levels were reduced in mattresses, but symptoms were still present. This data would back non-believers’ contention that prevention doesn’t work.

But there have been problems with research studies, Perzanowski said. There’s negative study bias that is not often published. Many things can skew asthma intervention, such as other environmental triggers and patient-reported outcomes, and that information isn’t always released.

A similar home-based randomized controlled trial, on the other hand, showed that the intervention was effective. While a meta-analysis may be the top-notch measure, both have substantial indications. Perzanowski stressed that these studies are not comparing apples to apples. “I think that’s an important distinction,” he said.

Study results tend to be less optimistic for tobacco smoke. In one study, researchers set out to get parents of asthmatic children to stop smoking. The minimal intervention to reduce secondhand smoke exposure was ineffective.

So what if patients with asthma moved into asthma-friendly homes? Perzanowski said that the strategy “seemed to be an effective tool in low-income communities.” The homes had improved exposure to mold, rodents, and moisture. However, clinical outcomes were not any better or worse than those found with other types of interventions.

One challenge of asthma studies is knowing how to interpretate the results. Just the examples presented by Perzanowski alone show that.

You May Also be Interested in
Most Popular
Gastrointestinal Issues Could Help Diagnose Coronavirus
Comparing RT-PCR and Chest CT for Diagnosing COVID-19
Fracture Location Related to Increased Mortality
Flu Cases Near 30 Million in the US, CDC Reports
Concern Over Sleep Apnea and Coronavirus Transmission