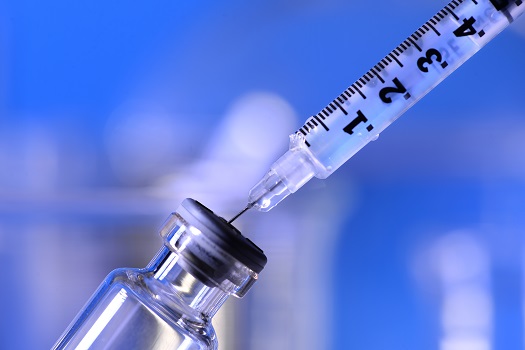 Patients’ adherence to any kind of medication can be influenced by a variety of factors. In a recent study, researchers looked at adherence to allergen immunotherapy (AIT), or allergy shots meant to provide long-term symptom relief for patients with allergic rhinitis, allergic asthma, conjunctivitis, or stinging insect allergy.

Nicolle Cascone, RN, presented the findings at the annual meeting of the American Academy of Allergy, Asthma, and Immunology (AAAAI 2017) in Atlanta.

Cascone and team reviewed charts from 430 patients who were treated at an adult university allergy clinic. All of the patients were adults and being treated for allergic rhinoconjunctivitis (AR) from June 2004 to June 2014. The retrospective review considered demographics, comorbidities, and environmental factors.

Some patients completed the full course of AIT. However, some did not, and those patients were defined as stopping the treatment less than three years after starting it.

“We hypothesized that there are likely multiple factors that affect compliance” Cascone said during the presentation.

In the compliant group, patients experienced more AIT systemic reactions. “This is extremely interesting,” Cascone continued. This could be because this patient population was the sickest and wanted to complete the medication and get better regardless of the reactions.

The analysis revealed multiple demographic factors which influenced whether patients completed AIT or not. Those who were younger had an increased rate of non-compliance (P = 0.00019). Females were more likely to stop treatment early than men (54% vs. 44%, P = 0.06), which contradicts previous research.

The results showed that patients with a history of any anaphylaxis was associated with non-compliance (P = 0.01), however, systemic reactions did not influence whether patients stopped their treatment or not. A diagnosis of asthma, lower lung function, hypertension, and psychiatric illnesses were also related to non-compliance.

A 2008 study published in Patient Prefer Adherence documented that the major reason that patients are noncompliant to AIT remains that it’s inconvenient. The cost of treatment follows in second. In 2013, researchers reported in the Journal of Allergy and Clinical Immunology that only 23% of patients on subcutaneous allergen immunotherapy (SCIT) and 7% of patients on sublingual allergen immunotherapy (SLIT) (18% overall) reached the minimally required duration of treatment of three years.

Most other previous studies have shown that people with stomach problems were less likely to be compliant, Cascone said, but the results of this study showed the exact opposite.

“In our patients with AR on AIT, factors associated with making them more compliant was having a history of AIT treatment,” she explained.

The researchers concluded that various factors impact patients’ AIT adherence. “This is something all healthcare providers should look at before starting patients on a course of AIT,” Cascone advised.

You May Also be Interested in
Most Popular
American Thoracic Society Releases Temporary COVID-19 Guidance
Death, Cardiac Events More Frequent in Women than Men Following PCI
Comparing RT-PCR and Chest CT for Diagnosing COVID-19
Flu Cases Near 30 Million in the US, CDC Reports
Limited Supply of Chloroquine, Hydroxychloroquine Could Affect COVID-19 Use